As of today, more than 1,000 clients have completed litigation

We do not take prepayments, we provide all the necessary legal support.

Founded in 2009, Advokat v Europe Ltd. is a law firm of over 200 lawyers and associates in 37 countries in Europe, 50 States of America, Canada, and Israel committed to providing high-quality legal advice and service to clients.

International legal assistance in the areas of:

Our legal team can assist you in defense of your rights and interests at the courts of Europe, the USA, and Canada. Each of our lawyers has many years of experience to provide every client with distinct advantages throughout the legal process. Our outstanding feature is an individual approach applied to each and every Client.  We are looking for a variety of information during a case evaluation and define the strategy that will be employed in pursuing objectives.  The major areas of our legal practice are compensation for injuries or death on the territory of the European Union, settlement of disputes in international commercial arbitration, estate litigation abroad, genealogical search for heirs, and cancellation of deportation.

We provide legal assistance to individuals and legal entities in Europe, Canada and the USA.

We have vast experience in the search and establishment of the abandoned property on the territory of the European Union, the USA, Canada, and Israel.

Our accident lawyer in Europe will help you with all the necessary documents, represent your interests in court, and will help you to receive compensation from the foreign insurance company.

Insurance compensation in Europe makes it possible to claim compensation for the death of a family member in respect of a fatal road accident.

Compensation for Occupational Injuries and Diseases in Europe

Lawyers of the firm Lawyer in Europe will help you to receive compensation from the insurance company for occupational injuries and diseases.

Our law firm has been helping others locate next of kin and tracing missing or unknown heirs for over 9 years.

Unpaid bills can lead to difficult financial situation for any business. Collecting money from debtor indebtedness can be very difficult, especially if you have long-term business relationships with foreign counterparty.

International copyright law allows web developers, musicians, artists, writers, photographers, and others to protect the uniqueness of their work. As well as any financial income these works may bring.

All Services
Our offices

We will answer all legal questions that concern you as soon as possible.

I was at work abroad and did not leave 1 day in reserve to cross the border. Therefore, when I tried to cross the border between Poland and Ukraine, I received deportation for 6 months. I was very upset and did not know what to do. That`s why I began to surf the Internet for tips. I have found the law firm Advokat v Europe.  I reviewed their pieces of advice on the video and decided to ask them for assistance. I believe that cooperation with Advokat v Europe was the right decision. The guys helped to arrange everything, so I didn’t have to gather all the documents on my own. Well done!  Guys can help with deportations!

I wanted to go abroad to work. But I received deportation due to an invalid invitation for work. I received deportation for 1 year and did not know what to do. But I found your site on the Internet and decided to apply for the cancellation of deportation. I hesitated for a long time, not really knowing whether it is possible to cancel the deportation. But, as there were no other options, it was necessary to do something. After all, I decided to use the legal services of the guys from Advokat v Europe. In one month they canceled my deportation. After the cancellation of deportation, I had a fear to cross the border. But everything was ok, and there were no problems. I am very grateful for the help!

I expired the days of legal stay in Poland.  Advokat v Europe quickly and efficiently helped to cancel the deportation. I will contact this law company for legal advice in the future.

After my mother passed away in an accident in Poland, we did not have costs to pay even for the body repatriation to Ukraine. Lawyers from Advokat v Europe paid the invoice for repatriation services and then helped us get compensation for the whole family from the insurance company. After the death of my mother, those funds greatly helped the whole family. Throughout the process, a psychotherapist and legal consultants worked with us. Thanks to the entire team of Advokat v Europe for assistance in such a difficult moment.

My life tragically changed after the death of my husband. The heart can withstand everything, but burying a beloved man is a great sorrow for every woman. I am very grateful to the lawyers of Advokat v Europe that they financially supported our family after such a tragedy and proved that my husband was not blamed for that terrible accident. Lawyers talked with agents of the insurance company for a very long time. Now I am calm that our children will not live without financial support because the insurance company paid compensation. They also got compensation from the insurance company to buy a monument. Thank you again.

Great grief came to our family on January 16 - my own sister Svetlana passed away in the road traffic accident. In that terrible period after the tragedy, the lawyers from Advokat v Europe legally supported us, helped to organize the body repatriation to Ukraine and worked with paperwork for compensation. The professional psychotherapist from the company also worked with us. We recommend cooperation with this law firm and thank you.

We received compensation for the death of my spouse after the car accident in Poland. We found the company by chance on the Internet when we searched for information about the body repatriation from Poland to Ukraine. The director offered to pay us the repatriation services, and then receive that amount as compensation from the insurance company. For us it was really a salvation, because we did not have such funds at that time. Thanks for the quick help and legal support! 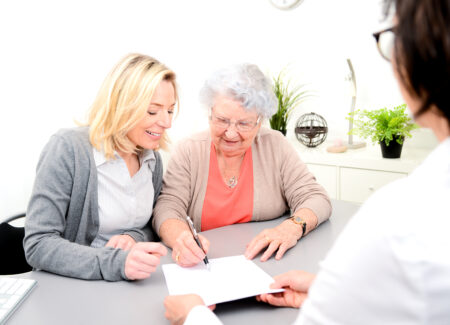 How to find relatives in Ukraine?

Tracing distant relatives in foreign land is a daunting task do on your own. For residents of... 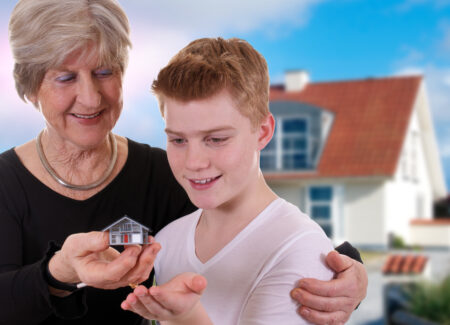 Advokat v Europe Ltd. is international company aimed to find the missing estates of the residents of...